Together with INTELLIGENT NEURAL NETWORKS INC. we are intensively involved in the development of a processor, based on new principles. Such processor will be the most disruptive technology of the 21st century - an optical computer processor which is at least ten thousand times faster than any existing silicon-based processor.

Our processor is uniquely optimized for artificial intelligence bringing it much closer to human intellect than previously thought possible. 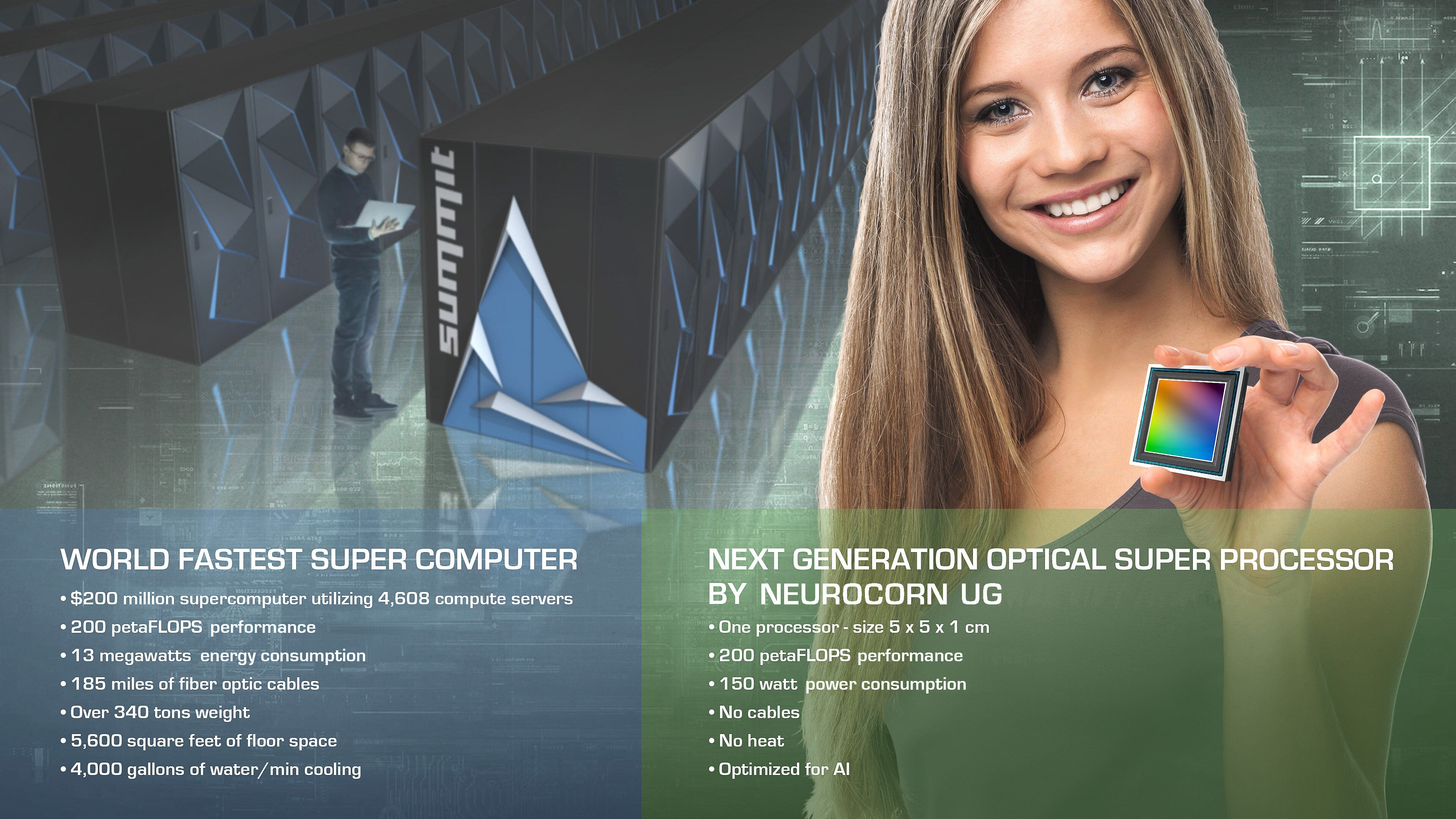 Our version of the fastest supercomputer on Earth 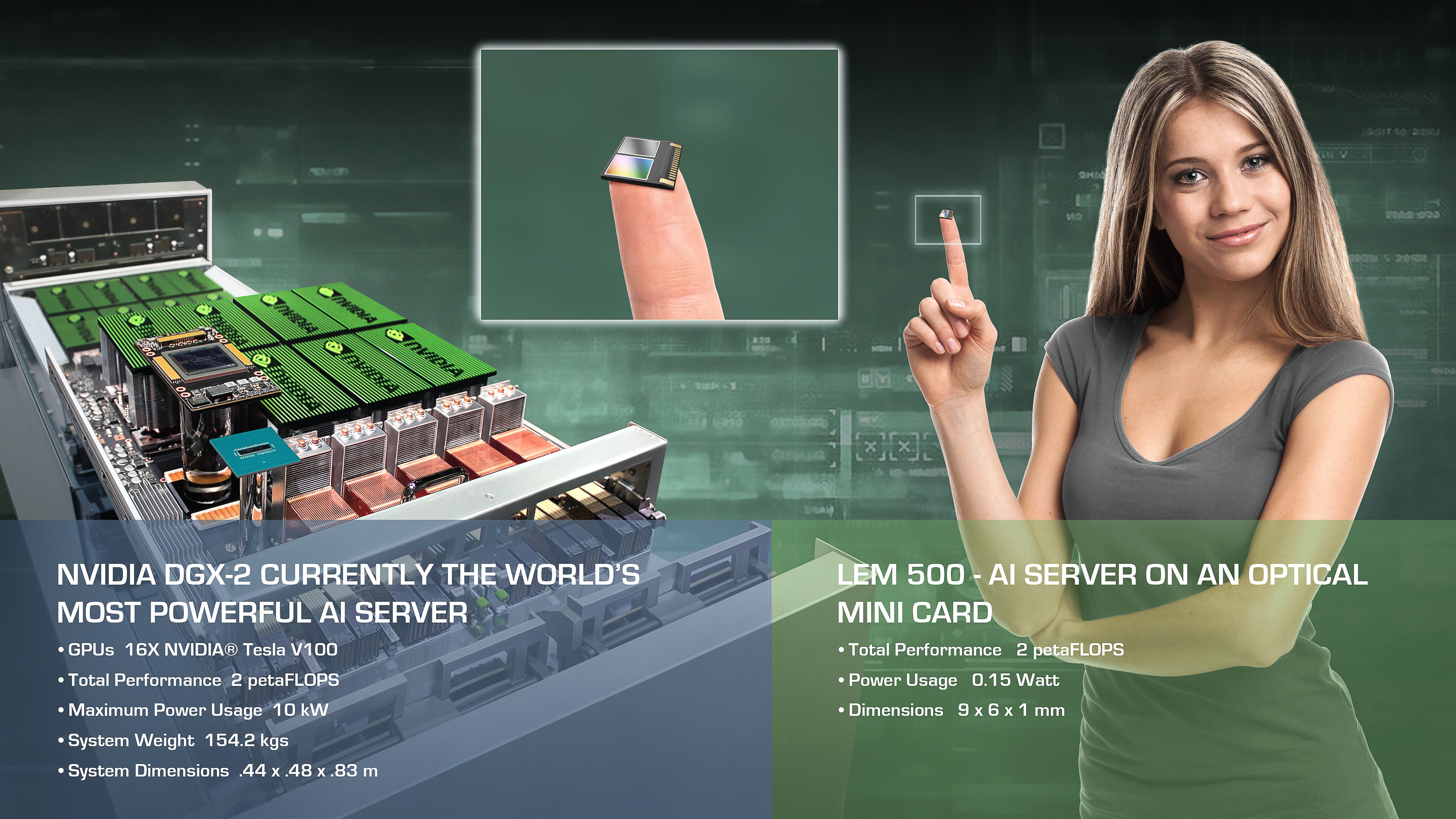 Our version of the most powerful AI Server